Aalborg Airport has recently started to operate with its new instrumental landing system (ILS) from Indra’s Norwegian subsidiary, Indra Navia, and has been thereby upgraded to a CAT III airport. This is an important step in improving flight efficiency at Aalborg Airport, which ranks as Denmark’s third most busy airport.

“The installation process has run smoothly, and everyone has put great efforts into the project. We look forward to seeing the results, as this will greatly improve the air traffic efficiency in and out of Aalborg”, comments Søren Svendsen, CEO of Aalborg Airport.

“Upgrading to CAT III with our NORMARC 7000 landing system means fewer delays, reduced carbon footprint and more satisfied passengers. We are very pleased to have worked with Aalborg Airport and Naviair on this project”, says Hans Christian Guren, Navigation Director of Indra Navia.

Aalborg Airport has previously held Category II and I classifications. The airport has both civilian and military traffic, and is located in the northern part of mainland Denmark. 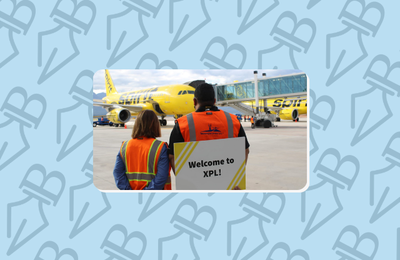