Wizz Air, one of Europe’s fastest-growing, most innovative airlines, has become the first carrier on the continent to deploy SITAONAIR’s pioneering, airline-integrated ACARS over IP service, using terrestrial cellular networks. This development comes as the airline extends its longstanding relationship with SITAONAIR for its AIRCOM® Cockpit Services.

The ACARS over IP service, using terrestrial cellular, is delivered in partnership with Teledyne Controls and will be deployed across Wizz Air’s entire existing and future fleet. The enablement of automatic ACARS-based reporting brings huge benefits for the airline, resulting in improved aircraft movement control and more efficient turnaround at any airport.

Additional benefits of ACARS over IP include increased network capacity, as well as faster and more cost-effective transmission of data.

Konstantin Milarov, M.Sc., Technical Services Manager, Wizz Air, comments: “The ability to extend our datalink coverage and implement automatic ACARS-based reporting and processes is a huge benefit for Wizz Air. We are pleased to be continuing our relationship with SITAONAIR and are delighted to pioneer this with ACARS over IP services together. We will be able to move forward with better and more efficient aircraft timing reporting and conduct data transmissions across our entire network.”

Murry Skelton, Senior Director of Aircraft Solution Strategy, Teledyne Controls, says: “Our partnership with SITAONAIR offers airline customers like Wizz Air a quick, easy upgrade option to enable secure ACARS transfer while the aircraft is on the ground. We believe this can bring huge benefit to airlines, as is being demonstrated by Wizz Air as a true innovator in the area of aircraft communications.”

As part of the renewal, Wizz Air will further manage its air-to-ground communications with AIRCOM® FlightMessenger. The SITAONAIR solution integrates and translates data into a format that can seamlessly feed in to any IT infrastructure, helping to improve efficiency and effectiveness. With AIRCOM® FlightMessenger, Wizz Air will be able to easily extract key data from ACARS messages, and add data from other sources, into an easy-to-understand format for distribution by email or SMS.

SITAONAIR’s AIRCOM® Product Manager, Euan Mitchell, adds: “We at SITAONAIR are thrilled to be developing our longstanding relationship with Wizz Air and enabling the airline to become the first in Europe to adopt our pioneering ACARS over IP service, using terrestrial cellular. We look forward to the continued close partnership with Wizz Air and helping support them in their operational efficiency and long term growth.” 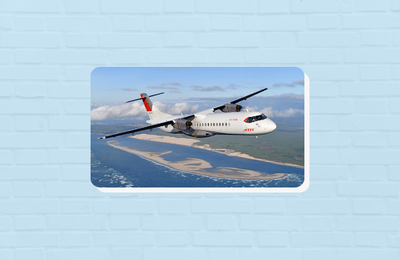