After a successful initial phase, AI-based Multi-Flight System and Unmanned Traffic Management (UTM or “U-space”) specialist Airwayz Drones Ltd,  resumes its participation in a two-year pilot program, which will see multiple fleets of drones tested beyond any other scheme to validate the safe and efficient use of drones in urban environments. The second phase of the event will see an increased number of drones, operators, and the introduction of helicopters and other low-flying vehicles into the airspace.

The NAAMA pilot program, organised by the Ayalon Highways Ltd., and Israel Innovation Authority in collaboration with the Ministry of Transport and the Prime Minister's Office, started in March 2021 and is now scaling up its operations with its next phase of testing.

Phase two will see more than 50 drones from 8 different teams operate in one airspace in Hadera, Israel, doubling the number of fleets that participated in the first stage in March, as well as the inclusion of Emergency Services.

A manned helicopter and other low-flying vehicles will also be integrated into the pilot programme to examine drone responses to foreign technology outside its fleet, and scrutinise the commercial viability of drone fleets in real-life environments.

“Testing the implementation of drone fleets in urban environments is integral to us as a business,” says Eyal Zor, CEO and Co-Founder of Airwayz. “Continuing our involvement in this second phase of the pilot is crucial to us as we continue to disrupt the traditional perceptions of transport networks across the world.

This time, with the increased number of drones and operators, and other real-life obstacles, we can really showcase the potential of drone technology as an extremely valuable and safe method for applications in delivery, inspection, surveillance and much more.”

Airwayz’ unique UTM technology will be coordinating all the USS systems at the event exclusively, whilst 50 percent of the drone operators will use Airwayz’ USS flight software, which enables fully autonomous operation for users across multiple drones through the use of AI (Artificial Intelligence).

The drones will continue to operate across a large airspace of 4 mi2, rather than along a corridor as seen previously, including the use of a counter-drones radar system to find unauthorized drones that may disrupt the progress of journeys.

“We are proud to have been chosen as the sole UTM provider for the second stage of the NAAMA pilot scheme and look forward to demonstrating to the world how feasible drone fleets are using our incredible software.

Our AI technology has been developed to enable safe and efficient drone usage in the real-world and with its intelligent automation and machine learning, obstacles can be investigated and avoided accordingly to the aim of each and every unique mission. We are also thrilled to involve the Emergency Services at this stage, moving the pilot scheme beyond delivery applications, to present yet more scenarios with the potential to bring significant, positive benefits to people through the use of drones in everyday life,” adds Zor.

The technology allows operators to share flight information and enables operational coordination for fleets of drones undertaking a range of tasks, expanding the remit of the NAAMA project and its potential to be the facilitator of change in drone regulation.

Dr. Ami Appelbaum, Chairman of the Israel Innovation Authority, adds: "We were delighted with the progress made in the initial stage of the pilot scheme and we’re glad to see Airwayz returning for the second phase.

Establishing regulation is a priority for the Israel Innovation Authority and the NAAMA pilot event is key to creating enabling regulation to support the implementation of innovative technologies in our daily lives.” 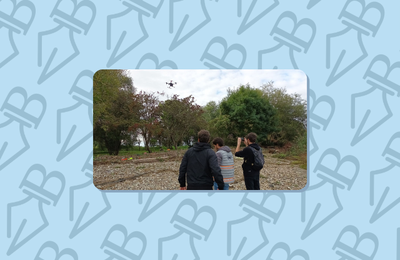