Today at Farnborough Air Show, Inmarsat and the European Space Agency (ESA) announced that a major milestone toward air traffic modernisation has been reached. The first successful test flight for the Iris programme has been completed, a significant step forward in realising more precise flight surveillance and more efficient air traffic management over the continent.

The Iris programme is a public-private partnership, sponsored by ESA and led by Inmarsat to enable secure, high bandwidth datalink communications over Europe.  The three-hour test flight, which departed from Amsterdam Schiphol Airport, was supported by the Iris technology partners Honeywell, CGI and SITAONAIR using Inmarsat’s SB-S L-band service. Using a Cessna Citation II aircraft provided by Dutch company NLR, a number of real-time communication exchanges were completed between the cockpit and flight control facility over continental and oceanic airspace.

John Broughton, Inmarsat’s Vice President of Aviation Safety and Operational Services, said: “The results of our highly-successful test flight with ESA bring the Iris programme a step closer to certification by the European Aviation Safety Authority (EASA) and making this ground-breaking technology commercially available for airlines. With terrestrial datalink technologies reaching their capacity limits in the next ten years, the Iris programme has become an even more essential part of the Single European Sky initiative.

“Our previous test flights were conducted during the Iris development phase, using a combination of simulated systems and existing terminals. The fact that we have now have flown with the programme’s actual avionics system shows the excellent progress being made. All performance objectives were met and now the Iris consortium moves on to the next major milestone the objective of making Iris an operational system in 2020.”

Large-scale validation of the Iris programme is expected to be carried out by the first airlines in 2020, with a fully-operational service targeted for the following year. These are key milestones for Iris to then be integrated into the European Commission Datalink Strategy.

Magali Vaissiere, ESA’s Director of Telecommunications and Integrated Applications, said: “It's important for Europe to address the issue of rising airline passenger volumes and limited airspace capacity. The fact that the Iris programme has been designed to enable more efficient, cost-effective air traffic management will be welcomed by the aviation industry, as well as airline passengers and Europe as a whole. The success of this recent test flight is testament to the continued efforts of our partners to deliver on the Iris promise.”

The Iris programme will enhance airspace utilisation and aviation safety, while reducing flight times, delays and CO2 emissions, all in support of the Single European Sky ATM Research (SESAR) masterplan.  It will also heighten aircraft communications security through the use of security gateways, which provide a VPN (Virtual Private Network) barrier that securely connects flight management systems onboard the aircraft to corresponding systems used by air traffic controllers on the ground.

Last month, the London School of Economics revealed the findings of the second instalment of Sky High Economics, a first-of-its-kind study into the socioeconomic benefits of operational connectivity for the aviation industry. The report predicts significant savings available to the industry through the use of satellite communications to modernise air traffic management, via initiatives such as the Iris programme. The study estimates that the benefits of migrating current systems to IP-based satcom like that of the Iris programme, automating aircraft position reporting and providing digital datalink communication between pilots and air traffic controllers could save the aviation industry in the future an estimated $3 billion annually. 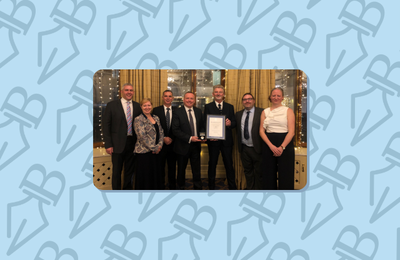