With air traffic forecasted to grow significantly in the coming years, there is a need to find ways to optimise the airspace and manage the traffic in a more seamless and efficient way. SESAR members have been examining what would happen if controllers viewed airspace as a whole, rather than continuing the current practice of dividing it into small areas known as 'sectors'. In Budapest, SESAR members AT-ONE/DLR conducted test simulations on this novel concept, together with HungaroControl, the Hungarian Air Navigation Service Provider, and Frequentis, in the entire upper Hungarian airspace without any sectors at the open day in Budapest in January 2019.

Sectorless aircraft guidance promises many benefits: air traffic controllers would be able to distribute their workloads more evenly while managing same volumes of traffic, while pilots would only have one controller as their point of contact during cross-country flights. The sectorless concept will make it possible to monitor considerably more air traffic with the same number of air traffic controllers than today's sector-based approach. The main reason for this is that the aircraft, and thus the workload, can be distributed much more evenly among the available controllers.

"During the successful trials in Budapest, Hungarian airspace was not divided into the usual five sectors, but instead, the 10 Hungarian air traffic controllers involved guided the simulated aircraft through the entire Hungarian airspace. Thanks to a central allocation system, it was possible to distribute the aircraft among all the controllers, regardless of their position," says Vilmar Mollwitz from the DLR Institute of Flight Guidance, explaining the tests.

At present, airspace is divided into sectors with relatively fixed boundaries, with all aircraft in a sector being managed by the respective air traffic controller. Before an aircraft enters a sector, the controller responsible for the previous sector hands it over to the relevant colleague responsible in order to safely guide the aircraft through 'their' airspace.

The concept is still at an early stage of research. The results of the Hungarian tests on sectorless flight guidance (Flight-centric ATC) research will be evaluated over the coming months, while further tests will be conducted by SESAR members and partners, Enaire, CRIDA and Indra during an upcoming open day in Madrid.

The tests are part of the SESAR 2020 PROSA (controller tools and team organisation for the provision of separation in air traffic management) - This project receives funding from the SESAR Joint Undertaking within the Horizon 2020 programme, the European Union Framework Programme for Research and Innovation (Grant No. 734143).

SESAR programme: Changing the skies of the Europe 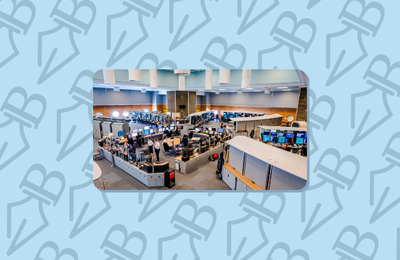