Etihad Airways, the national airline of the UAE, will deploy additional flights between Abu Dhabi and Saudi Arabia to facilitate the movement of thousands of pilgrims during the Hajj season.

The airline will operate 15 extra flights between 28 July and 25 August to transport pilgrims to Medina.

Additionally, Etihad will operate six charter flights dedicated to the General Authority of Islamic Affairs, Sheikh Zayed Foundation and Abu Dhabi police. The outbound flights will operate from Abu Dhabi to Jeddah and Medina between 1 and 5 August, with return flights scheduled for 16 and 17 August.

Houssam Weiss, Head of UAE Sales at Etihad Airways: “Etihad has been operating Hajj flights since 2007 and we remain committed to providing our additional services during this important season for the Muslim world. In total, we carried approximately 300,000 pilgrims to the city of Mecca to perform Hajj.

“We aim to help our guests to complete this once-in-a-lifetime religious journey with ease and peace of mind. This year we expect approximately 25,000 Hajj travellers on our flights, with most originating in Australia, Pakistan, Morocco, United Kingdom, India and Indonesia, travelling via our Abu Dhabi hub."

To facilitate the Hajj travel experience, Etihad will assign a dedicated staff and check-in counters at Abu Dhabi International Airport to ensure a seamless ground experience.

Extra provisions will be made inflight by the cabin crew to meet pilgrims’ requirements, including facilitating the performing of ablutions, advising them of the entry into Al Miqat (state of sanctity), and the changing into Ihram robes.

On return flights from Saudi Arabia, Etihad Airways will permit Hajj pilgrims to carry a five-litre container of Zamzam water free of charge and will provide extra care for its handling. 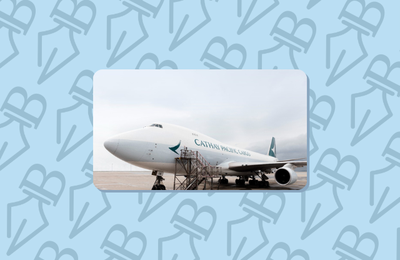