Kitzbühel touches down at Munich Airport with eye-catching campaign

A campaign initiated by the Kitzbühel tourist board and Bergbahn AG Kitzbühel, the ski lift operator, is showcasing the world-renowned winter sports resort at Munich Airport – the gateway to the Alps – in a large-scale 360° presentation.

Kitzbühel touches down at Munich Airport with eye-catching campaign

Along with an impressive branding presence at the airport carparks, Kitzbühel is prominently positioned on other standout advertising spaces along the passenger journey through the airport such as power outlets, baggage cars and glass balustrades.

Signe Reisch, the President of Kitzbühel Tourism, greatly values such attention-grabbing placement opportunities: "The airport brings the world closer to us – while bringing us closer to the world. Munich Airport is a hub for 46.3 million people from all over the world. With this high-awareness advertising, we're making them aware of Kitzbühel as a wonderful and easy to reach holiday destination."

Winter sports are also part of the scene at this year's Christmas and Winter Market at the MAC Forum, where Kitzbühel has booked the rinkside advertising space seen by the skaters and lookers-on. Also guaranteed to turn the heads of all visitors to the market is the pine forest, with trees decorated with thousands of Kitzbühel-themed ornaments.

The skiing hotspot is making ideal use of the wintry and festive atmosphere at the airport to put passengers and visitors in the mood for a vacation on the ski slopes.

"Munich Airport has a well-earned reputation for its innovative product and brand campaigns with exciting partners. 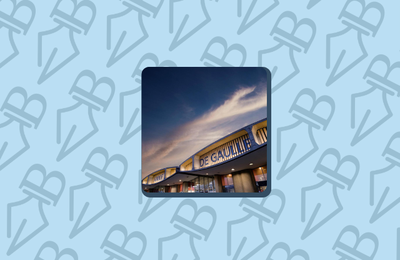