Air Astana will resume direct flights from Kazakhstan’s capital Nur-Sultan to Frankfurt on 18th August 2020, with services initially being operated four-times a week, increasing to daily services by September. Flights will be operated using the latest Airbus A321LR aircraft, with flight times being 6h 20m outbound to Frankfurt and 5h 45m on the return to Nur-Sultan.

The schedule of the flight has also been updated to a morning arrival in Frankfurt, enabling maximum connectivity with partner airlines across Europe and North America.

The flight between Nur-Sultan and Frankfurt is operated in codeshare partnership with Lufthansa. Passengers with tickets for Air Astana flights that had been cancelled due to the earlier flight suspension can be re-booked onto flights from the 18th August without penalty.

In accordance with German health regulations, all passengers (except those in transit) travelling to Germany from Kazakhstan must undertake a Covid-19 test at the point of departure within 48 hours of departure, or within 72 hours of entering Germany.

Passengers will also be required to fill out two copies of a ‘passenger locator card’ during the flight. Passengers arriving to Kazakhstan should familiarize themselves with government health and quarantine regulations. 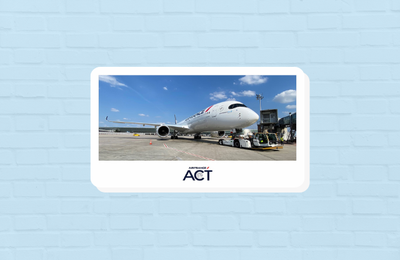