Colonel Rod Zastrow (USAF, Ret.), COO and President of Spartan Air Academy Iraq, has been named to the Strategic Advisory Board of Bye Aerospace, which is the developing the eFlyer family of all-electric aircraft.

Zastrow, who served in the Air Force for 26 years, began his career as an F-15 air superiority pilot, then graduated from USAF Weapons School and flew combat missions with and advised the Royal Saudi Air Force during Operation Desert Storm.

Later assignments included serving as the commander of a 24 F-15 squadron, deputy commander of a 72-fighter aircraft flying operation at RAF Lakenheath, United Kingdom, the vice commander of Ramstein Airbase, Germany’s 435th Air Base Wing and commander of a wing-level F-15, KC-135, and HH-60 air defense unit in Iceland.

In 2000, he was the Department of Defense’s lead coordinator for hosting the Group of Eight Summit in Nago, Japan. He also led NATO’s integration of the Czech Republic, Hungary, and Poland air forces to air defense standards, and served as the senior U.S. representative to and director of staff of NATO’s senior air headquarters in Germany, supporting NATO air operations in Afghanistan.

Before retiring in 2010, Zastrow served as Chief of Staff of the Air Force’s senior representative to the U.S. Army War College, and as lead policy advisor on air superiority aircraft and weapons for the Secretary of Defense. He has a bachelor’s degree in aerospace engineering, an MBA (aviation focus), and a second master’s degree in strategic studies.

These led to his starting from scratch, designing, establishing and becoming the first campus president of the first-ever Foreign Military Sales 5-year program to establish a comprehensive air academy. He now oversees multiple contracts in running the Iraq Air Academy which is currently rebuilding the Iraq Air Force.

Only his efforts and energy to design and implement a historic English to-pilot and maintenance training pipeline for Iraq match his innovations in undergraduate military pilot training and leadership in establishing first-ever 5-level maintenance training courses. We are incredibly honored to have an aviation leader of his caliber serving on the Bye Aerospace Strategic Advisory Board.”

Zastrow said it is an honor to be invited to provide aviation business and training advice on Bye Aerospace’s industry-disrupting electric aircraft program. “The company’s vision and energy will bring much needed change that will leave lasting impact on future commercial, private and military aviators and training systems,” he said.  “Lowering costs, increasing safety and lowering barriers to pilot training will feed a decades-long demand for a cost-effective, environmentally-responsible training pathway for future aviation professionals, companies and governments.”

The eFlyer family of aircraft, including the 2-seat eFlyer 2 and the 4-seat eFlyer 4, aims to be the first FAA-certified, practical, all-electric airplanes to serve the flight training and general aviation markets. 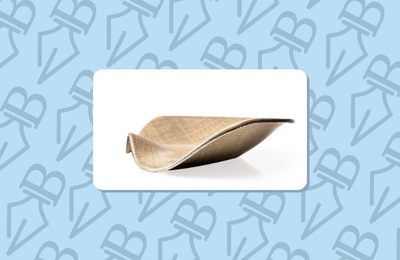